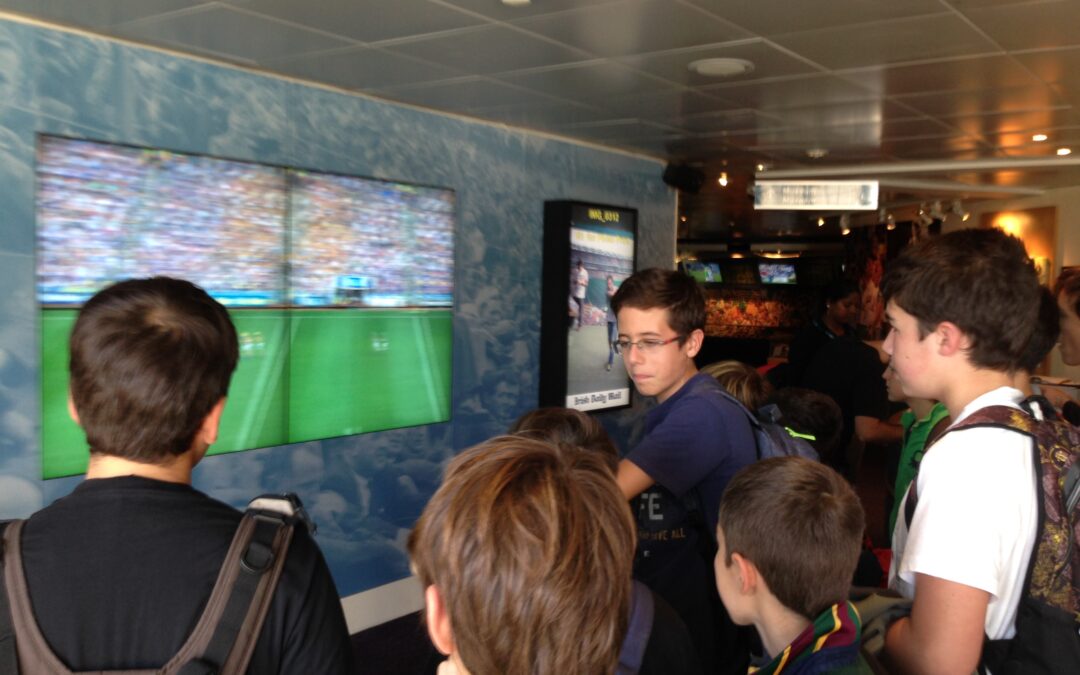 Irish people say that we are having an spanish September because of the unusual weather this month, and the truth is that it is being fantastic, allowing us to have enjoyed another marvellous Saturday.

After taking English classes, we have had two different activities during the day. At 1pm we have gone to Croke Park Stadium where a tour guide has shown us the place. Besides, she has explained us in a very interactive way the rules and main characterictics of hurling. Today was a special one for this sport lovers, because in the afternoon the great hurling final was played. Kilkeny team won after an exciting match. The stadium is set up only for hurling and gaelic football games. Rugby and soccer are played in other places. That is because people only want to see in this huge stadium sports with a traditionally Irish origin. Croke Park is the biggest stadium in Ireland and the third one in Europa, only after Camp Nou and Wembley.

Entrance to the tour where our guide was waiting for us. 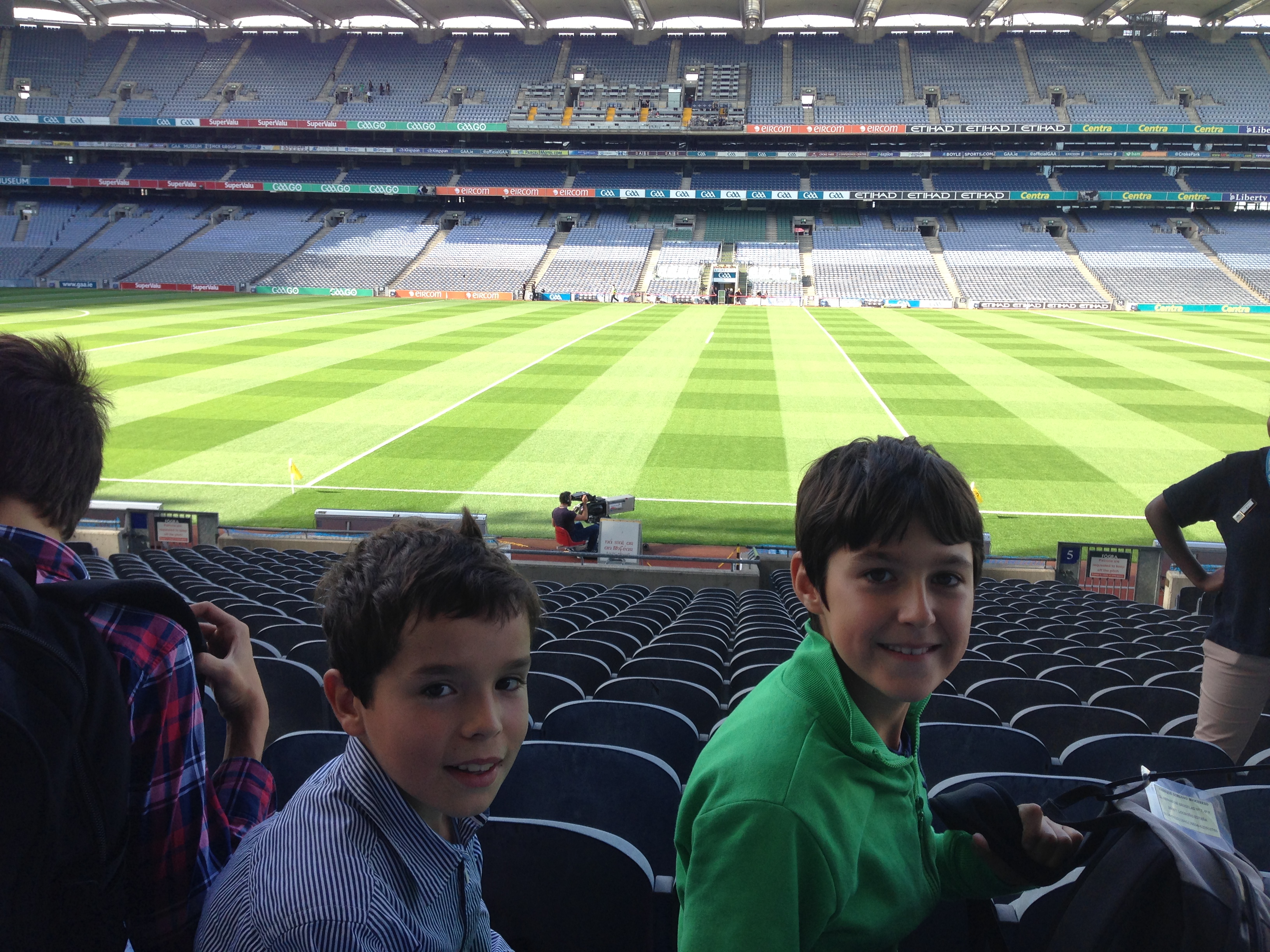 Marcos and Enrique enjoying the greatness of Croke Park. 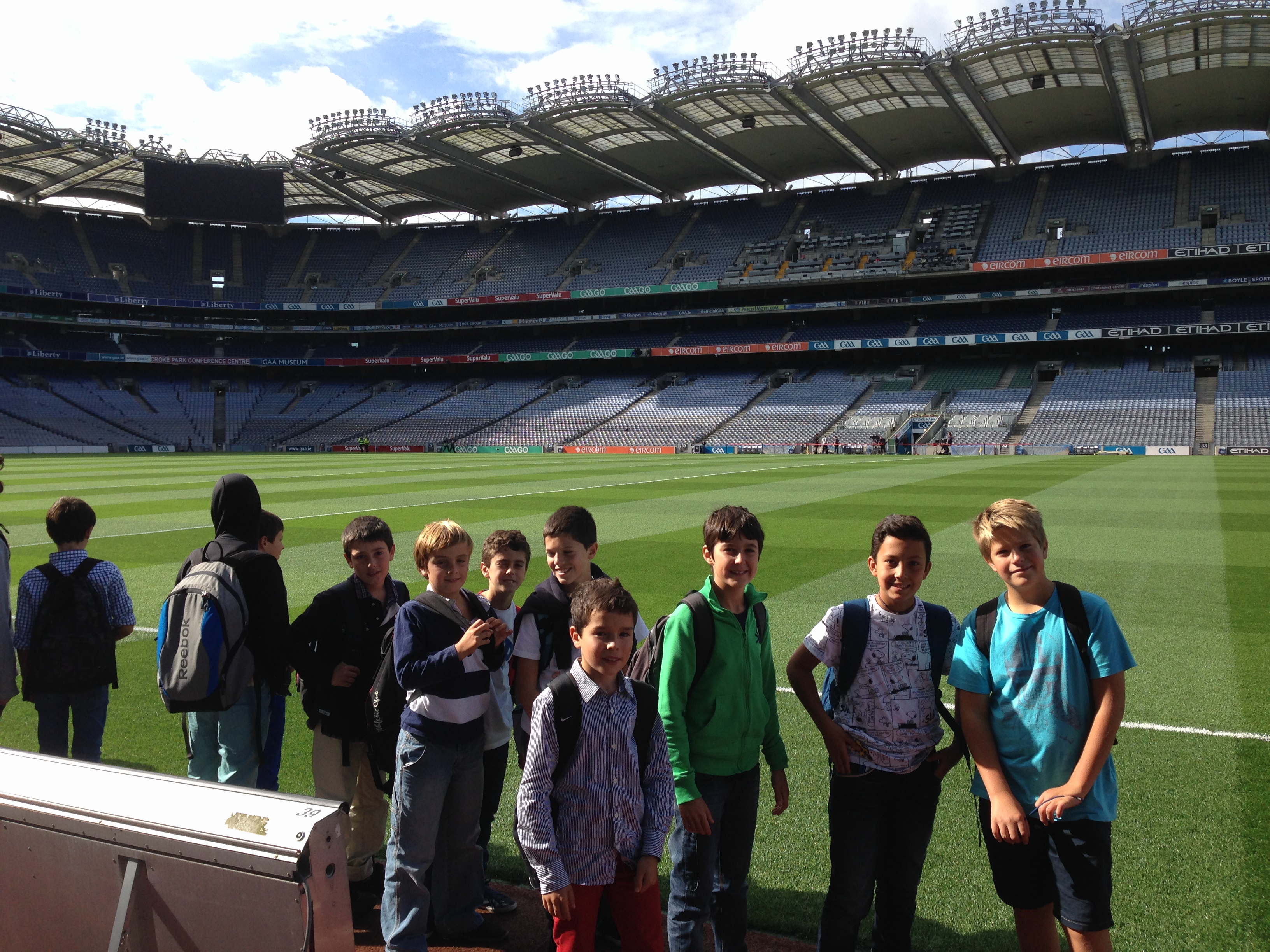 Next to the field only hours before the hurling final. 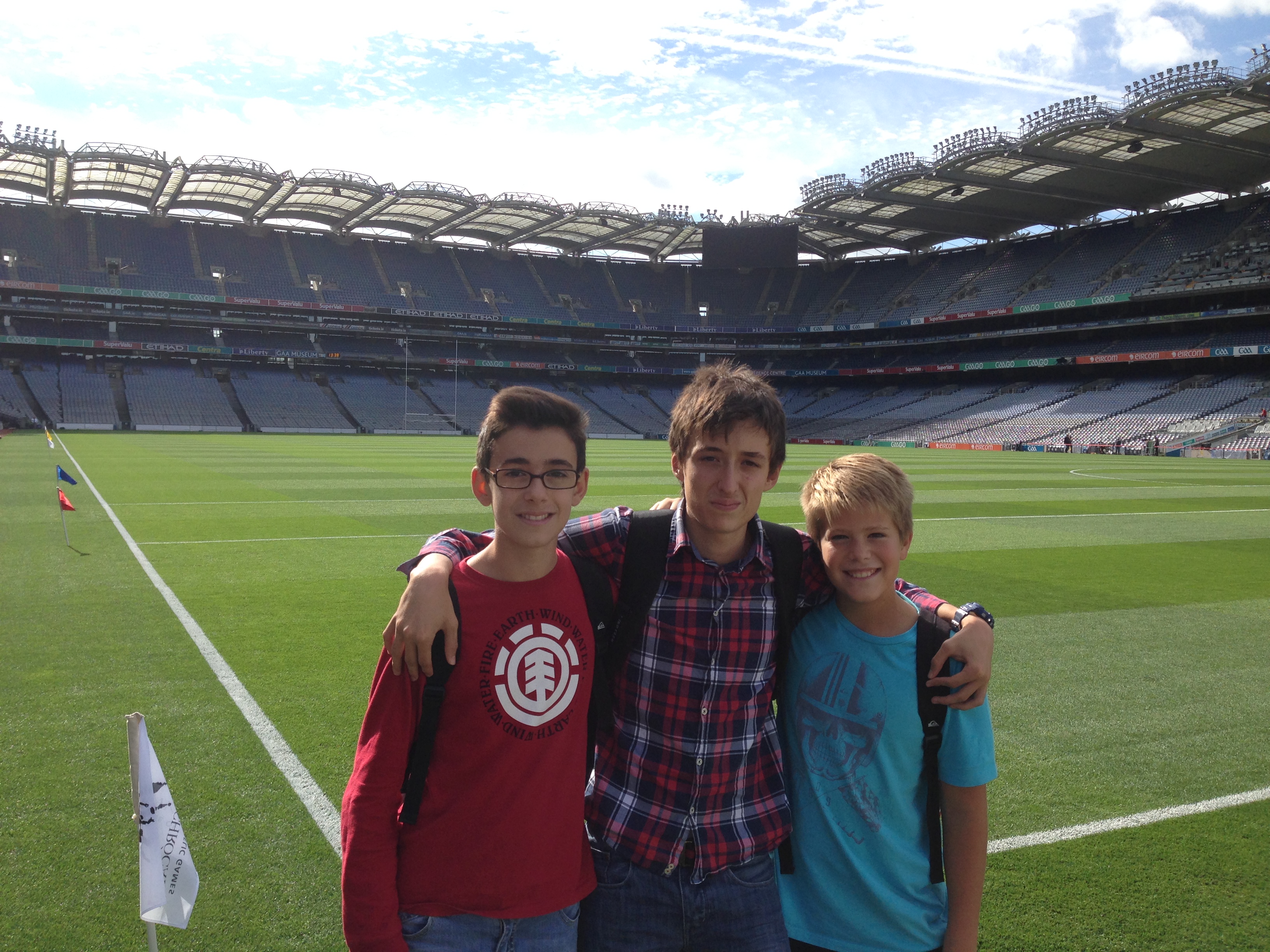 Stepping on the grass was a great temptation for David, Alejandro and Miguel.

At the trophies room. 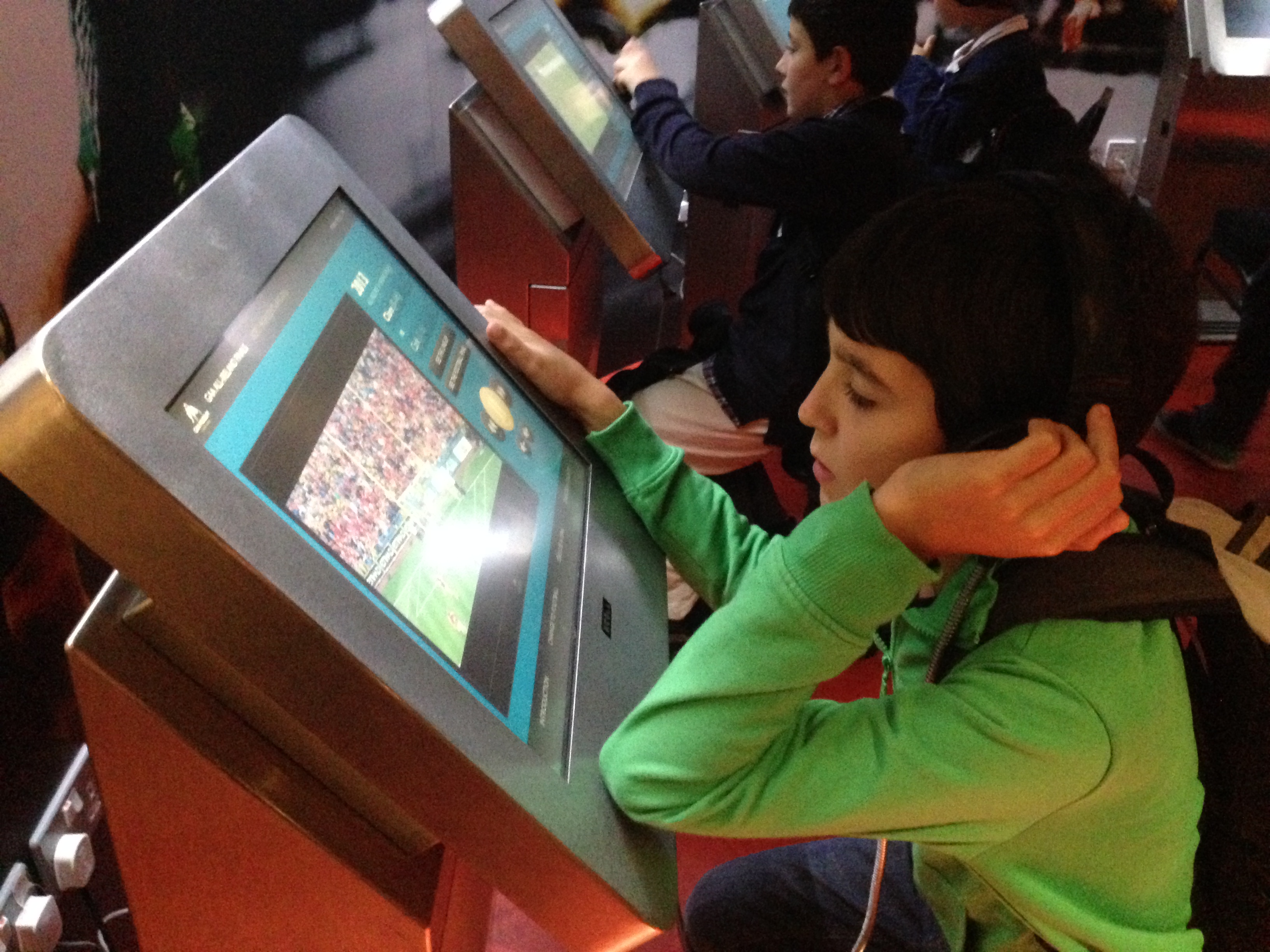 Enrique learns about hurling at the interactive room. 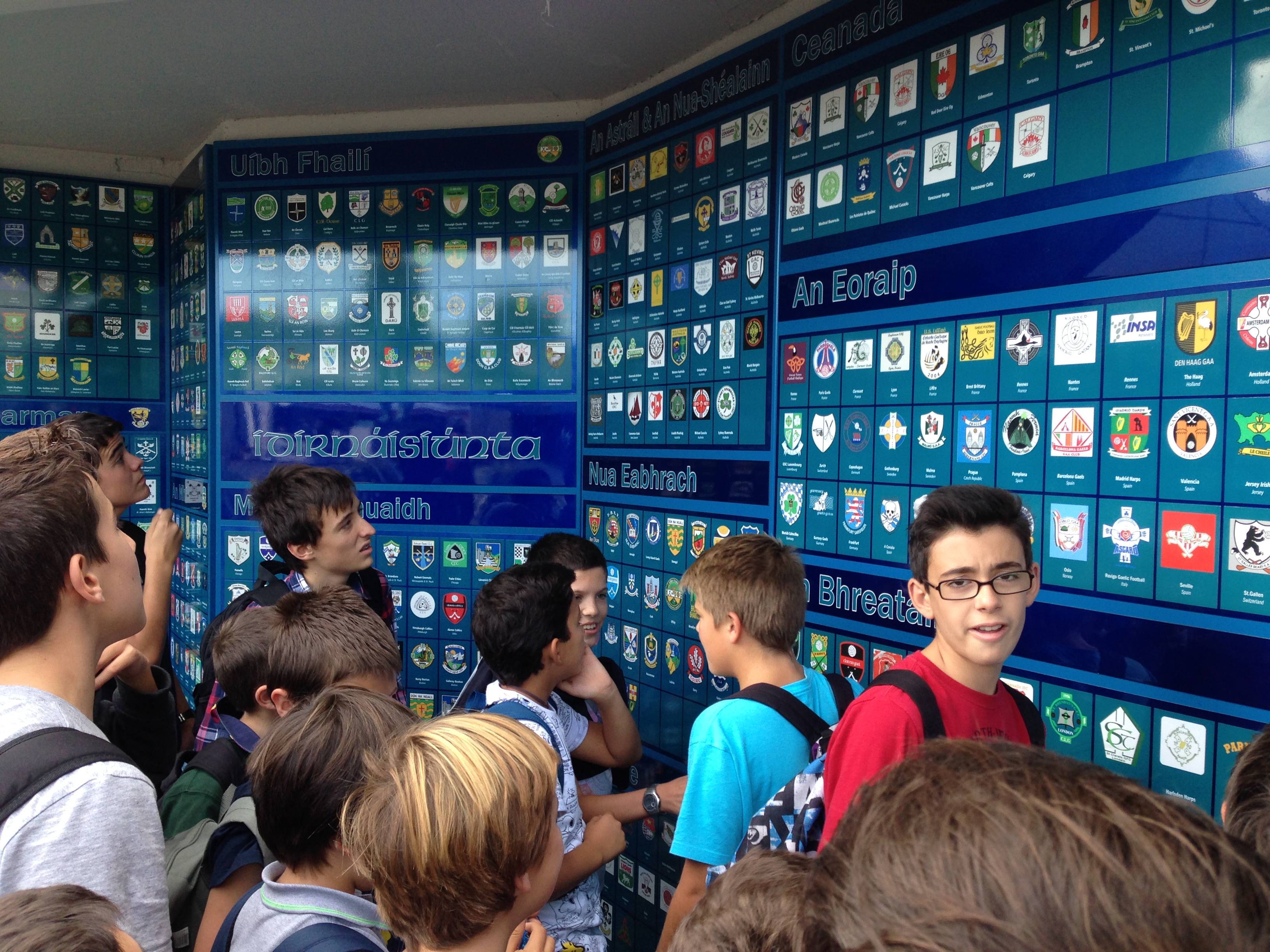 The boys have discovered that in Spain there are also hurling teams.

After that amazing visit, we all together (children from Erain and Munabe have also been at the tour with us) have gone to the city center by bus. Over there, we have enjoyed a productive shopping afternoon at Grafton Street, which is the main shopping street in Dublin. And, in order to finish the Saturday journey properly, we have surprised Alejandro, who tomorrow will be 15, by singing him the internationally known song “happy birthday to you”. Have a nice day, boy! 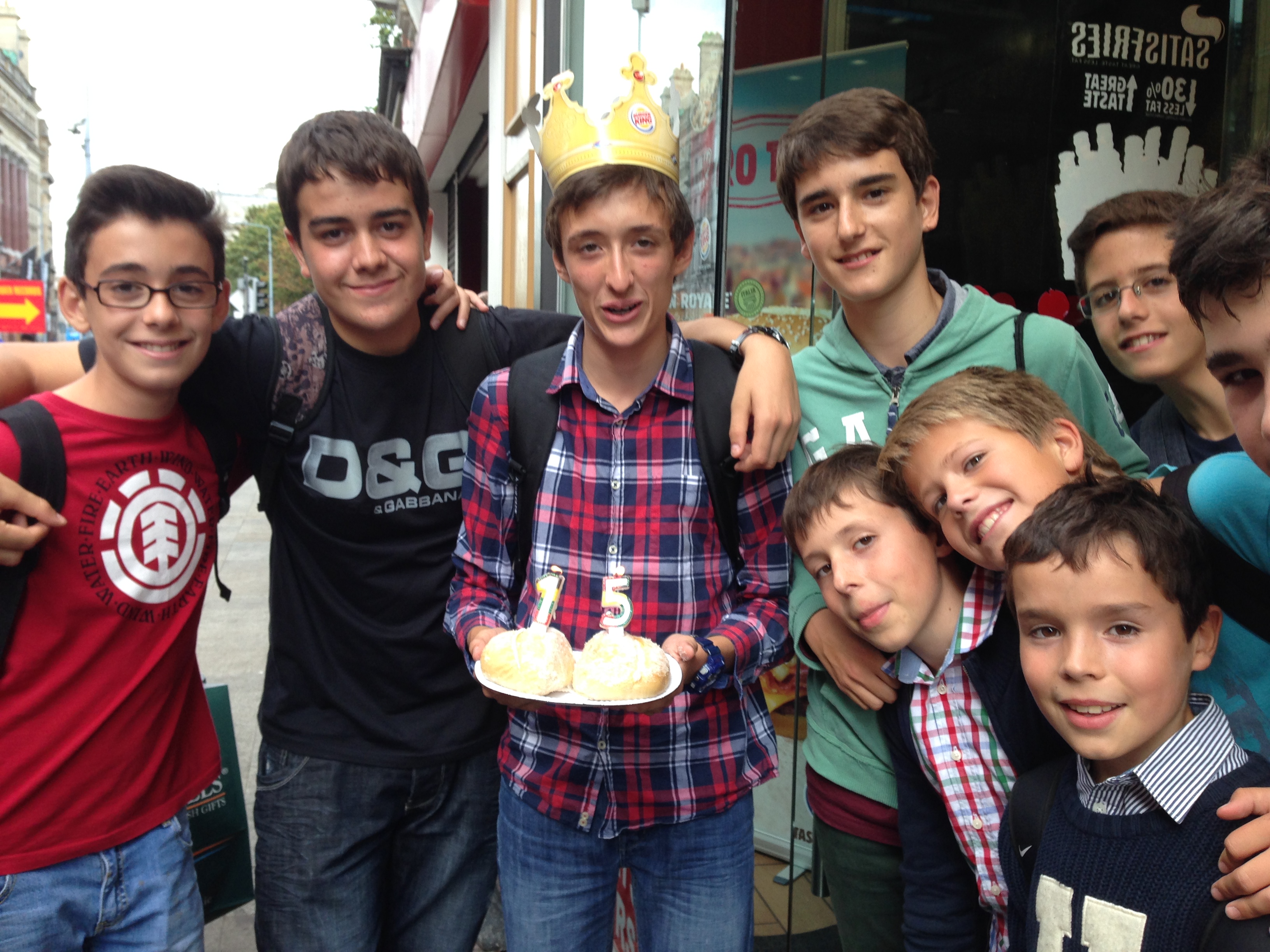 Cake and candles could not be missed in such an occasion.