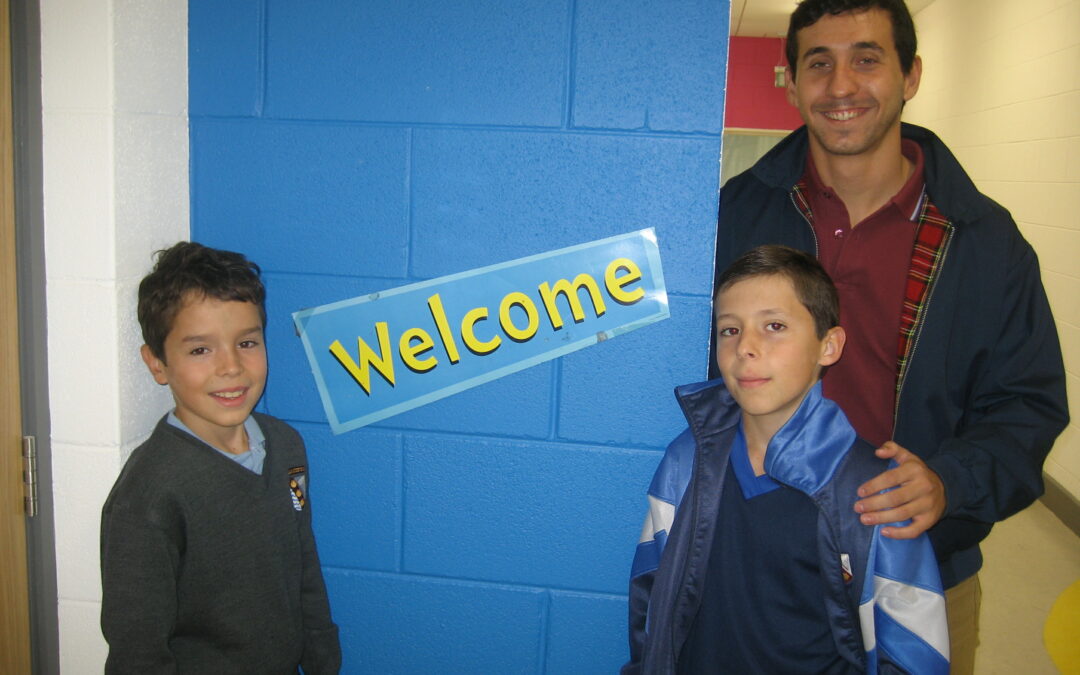 A new member of our school staff has just arrived, so visits to most schools and students have been done today. D.Mikel has had the chance to meet them during their classes, checking out that everything was fine and that our guys are immersed in a totally typical irish life.

During the day, the students have told us about some of their new life experiences as well as their interesting points of view about school and lessons in this country. Firstly, we have been visiting Marcos and Diego, who have told us about their visit to Howth, where they were able to appreciate wild seals near the shore. Moreover, they went to Malahide Castle and its marvellous gardens. They are quite integrated in the school and their classmates are willing to learn spanish, asking them frecuently how to say different words and expressions.

Diego and Marcos welcoming d. Mikel at their school.

After that, we have visited Rodrigo and Enrique. The oldest one went to the mountain with his irish family, where he had the opportunity to enjoy a beautiful view of Dublin. Enrique has joined a chess extracurricular activity and in the afternoons he goes out to the street where he usually plays football with some neighbours. 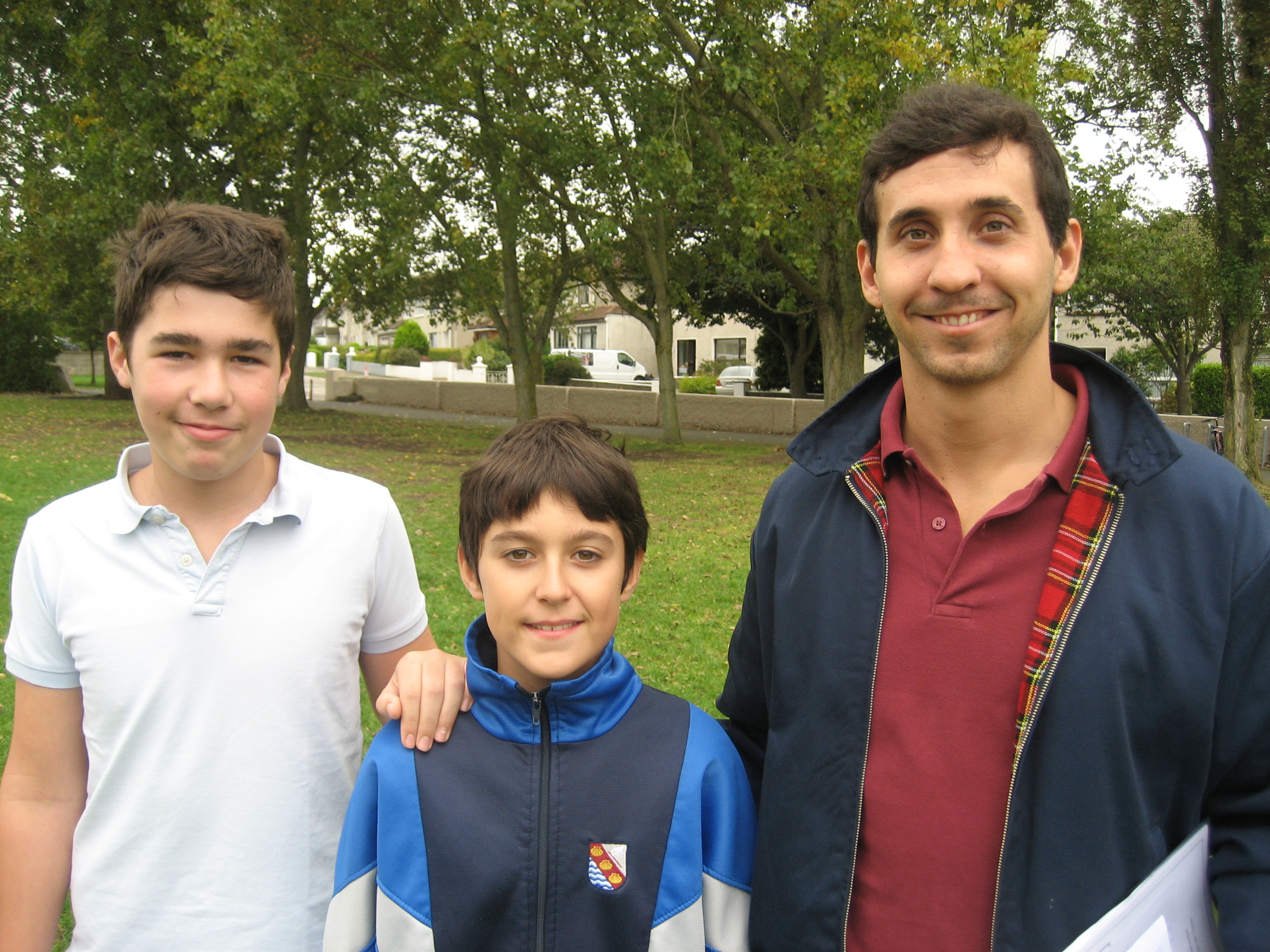 Outside at St. Olafs School.

Miguel, Jaime and Daniel have guided us into their new school, explaining us everything about the facilities and rules that they must follow there. One of them is wearing the school tracksuit during the whole day when they must attend physical education lessons. 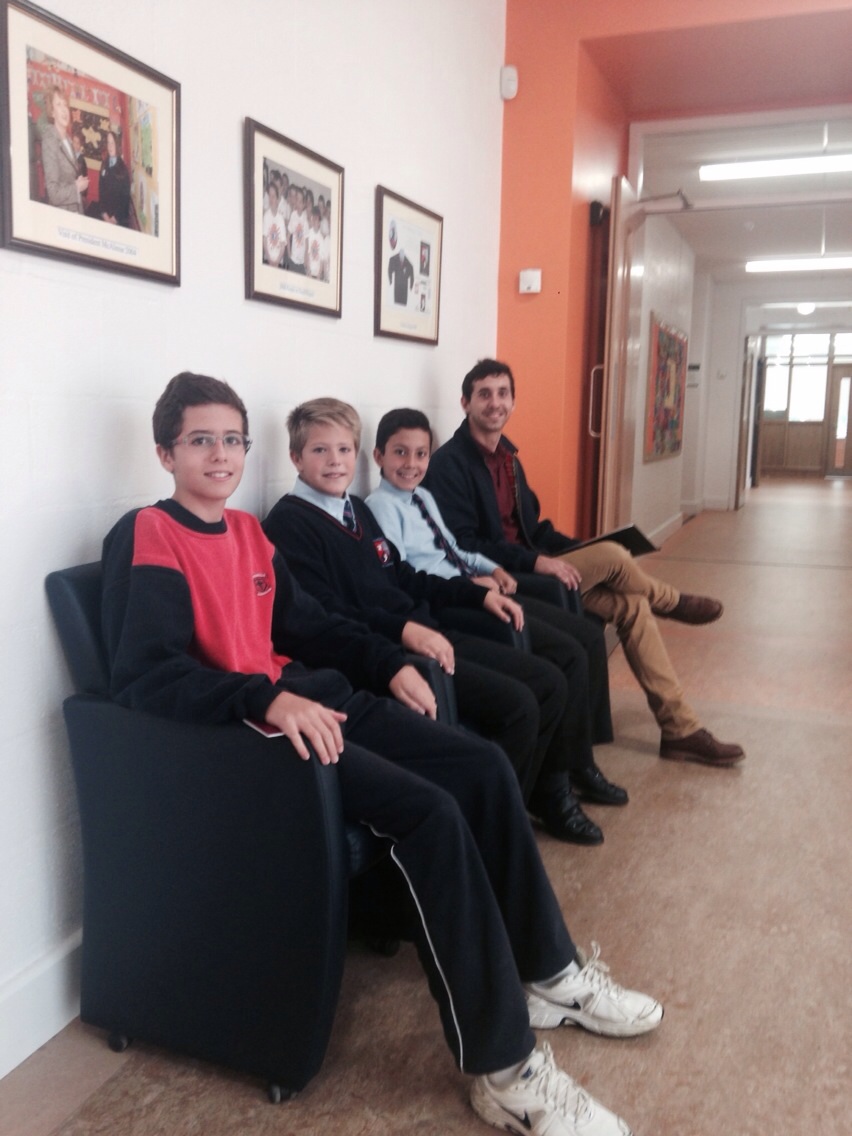 The next place we have visited is Víctor´s school, where we have checked that he is totally healthy after being ill for a couple of days. He has become the most popular football player at his neighbourhood due to his great ability with the ball. 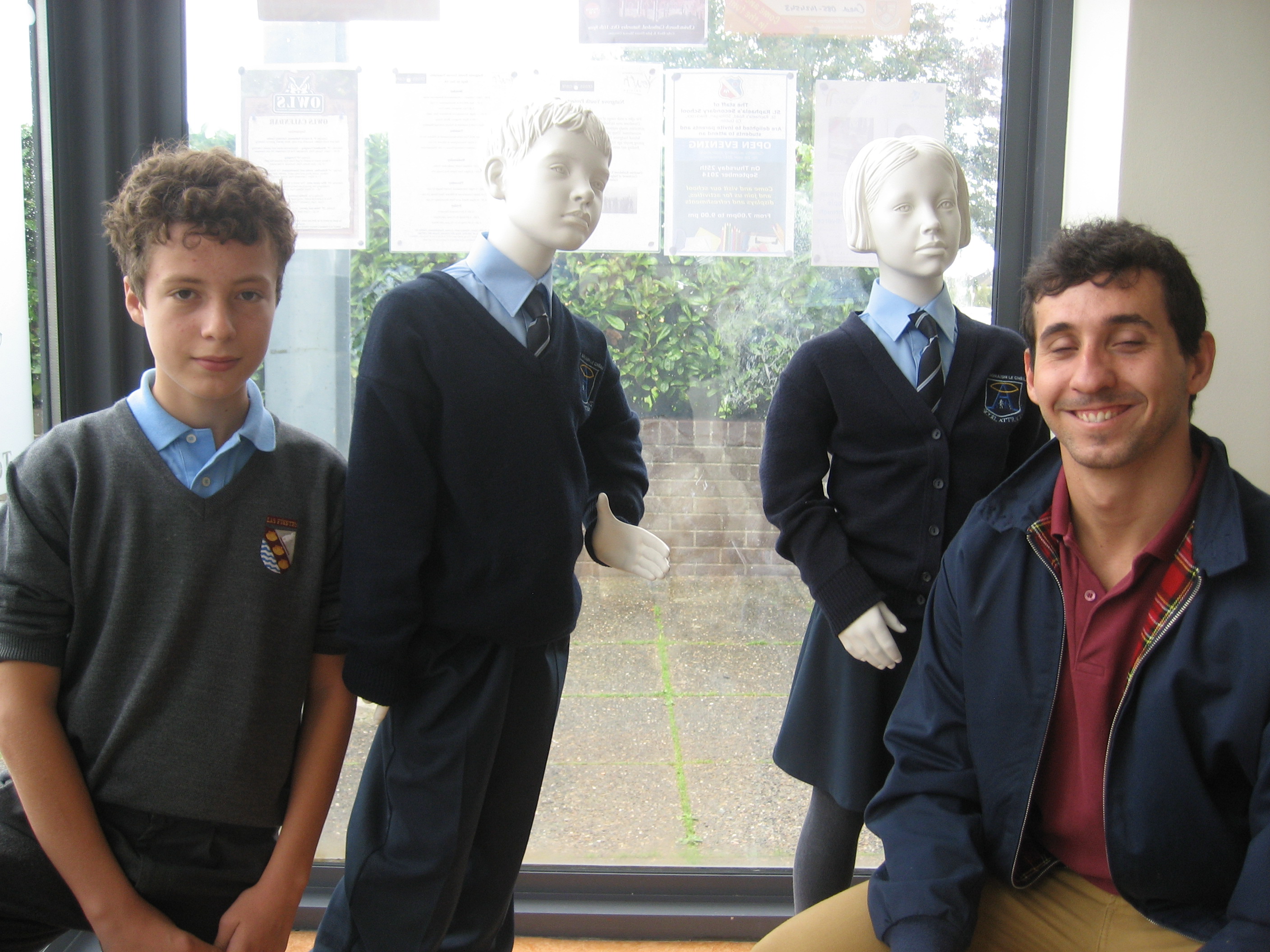 Posing at the school hall.

The last visit of the day has been to Víctor´s school, where we have surprised him at the playgroud during the break. Despite the fact that he was playing with some friends like any other pupil he has stopped for a while and explained us that by himself, talking to the school´s secretary, he has joined basketball and table-tennis extracurricular activities. Furthermore, he has told us that after eating broccoli for several days he has discovered that he likes this vegetable. 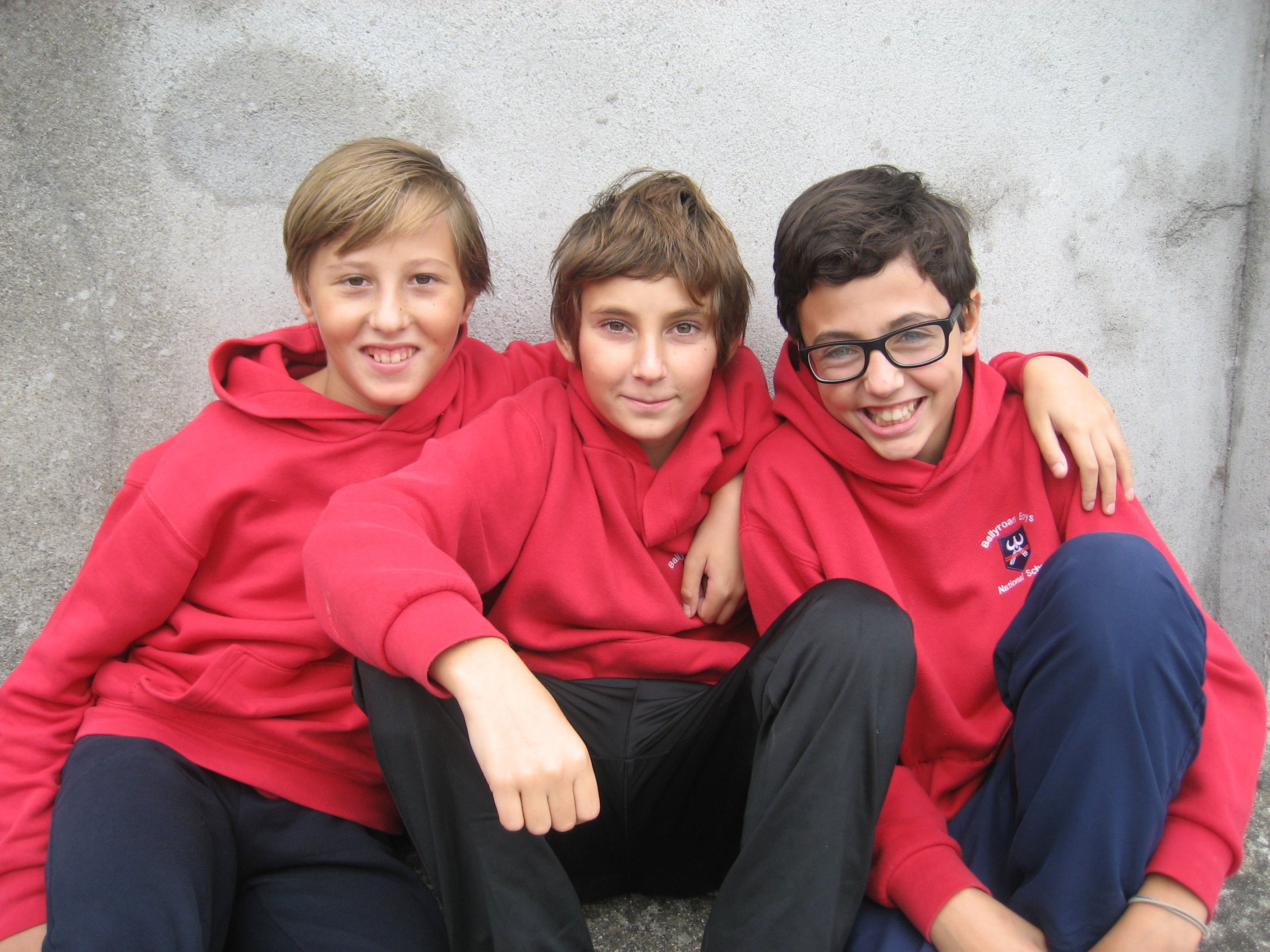 Víctor and some of his new friends.